What will happen to cross-border shopping after Brexit?

The possibility of a hard-border between the Republic of Ireland and Northern Ireland has put cross-border shopping back in the headlines. Decades of seamless travel have facilitated flows of shoppers crossing the border everyday to hunt for bargains on items such as groceries, alcohol and clothing.

Using daily car flow data on roads near the Irish border from 2013 to 2017, a one percent rise in the value of the euro against sterling increases cross-border shopping flow by two percent. This means that if the value of the euro rises from £0.85 to £0.86, 513 cars will cross into Northern Ireland. 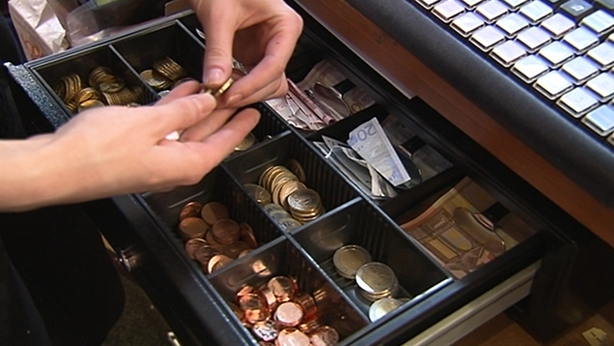 Although shoppers can also travel by bus or train, official cross-border travel statistics reveal that the majority of trips across the border (87 percent) are made by car. In 2010, the Central Statistics Office estimated that the average amount spent by households in 2010 on a shopping trip to Northern Ireland was €274. Using this estimate, an one percent rise in the exchange rate increases retail spend in Northern Ireland by €140,562 (or £125,740).

The largest flows of euro tourism are towards Enniskillen and Newry. This finding complements the adage that “Dubliners go to Newry, and the west of Ireland goes to Enniskillen”. Enniskillen is home to an Asda superstore that is one of the best preforming grocery stores in the UK. Asda is part of the Walmart empire, and Enniskillen’s Asda was Walmart’s fifth highest-selling outlet in 2009. Cross-border shoppers frequently visit Newry because it is conveniently reached via the M1 motorway, and has a wide selection of shops, such as Sainsburys grocery store. At one point, Sainsbury’s constituted a share of the Republic of Ireland grocery market despite not having a store there.

From RTÉ Radio One’s Morning Ireland, Elaine Keogh reports on the possible risk of a return to smuggling across the border between the Republic and Northern Ireland

The economic and political uncertainty in the UK before and after the Brexit referendum in June 2016 provided welcomed bargains to shoppers as sterling lost strength for sustained periods, reaching over £0.90 in 2016. According to a survey conducted by InterTradeIreland, 57% of cars surveyed in border shopping centre car parks in Northern Ireland in the third quarter of 2016 were registered in the Republic of Ireland. While the majority of cross-border shoppers are from the border regions in the Republic of Ireland, the weak pound likely encourages shoppers from all parts of the Republic to make the journey, as the exchange rate rise compensates for the cost of travel.

However, it is not all good news. Currently, the UK and the European Union are struggling to reach an agreement that safeguards the Irish border in the event of a hard Brexit on March 29th next year. If no deal is reached, shoppers trying to cross the border might immediately face customs checks or be refused entry. The inconvenience of delays and additional charges might discourage cross-border shopping.

From RTÉ Archives, a RTÉ News report by Kevin McDonald on the 1987 move by Minister for Finance Ray MacSharry to make day-trippers crossing the border pay VAT on goods they purchase

In 1987, the then Minister for Finance in the Republic of Ireland, Ray MacSharry, tried to stop cross-border shopping by imposing taxes on shoppers at the border. Cross-border shopping trade in Northern Ireland came to a crashing halt. Newry turned into a “ghost town” with the off-licence trade plummeting by 80 percent overnight.