Irish small and medium-sized businesses are more positive about the future of the economy than their peers in the UK and across Europe, a new survey shows.

The survey, conducted via Facebook in collaboration with the OECD and the World Bank among 140,000 small businesses (200 in Ireland) in 33 countries, finds that Irish SMEs are more upbeat than their European counterparts despite the particular risks posed to Irish businesses by Brexit and potential protectionist policies pursued by the US.

With regards to the current operating environment, the survey shows that just 44 percent of European SMEs are positive, compared with 53 percent of Irish businesses. 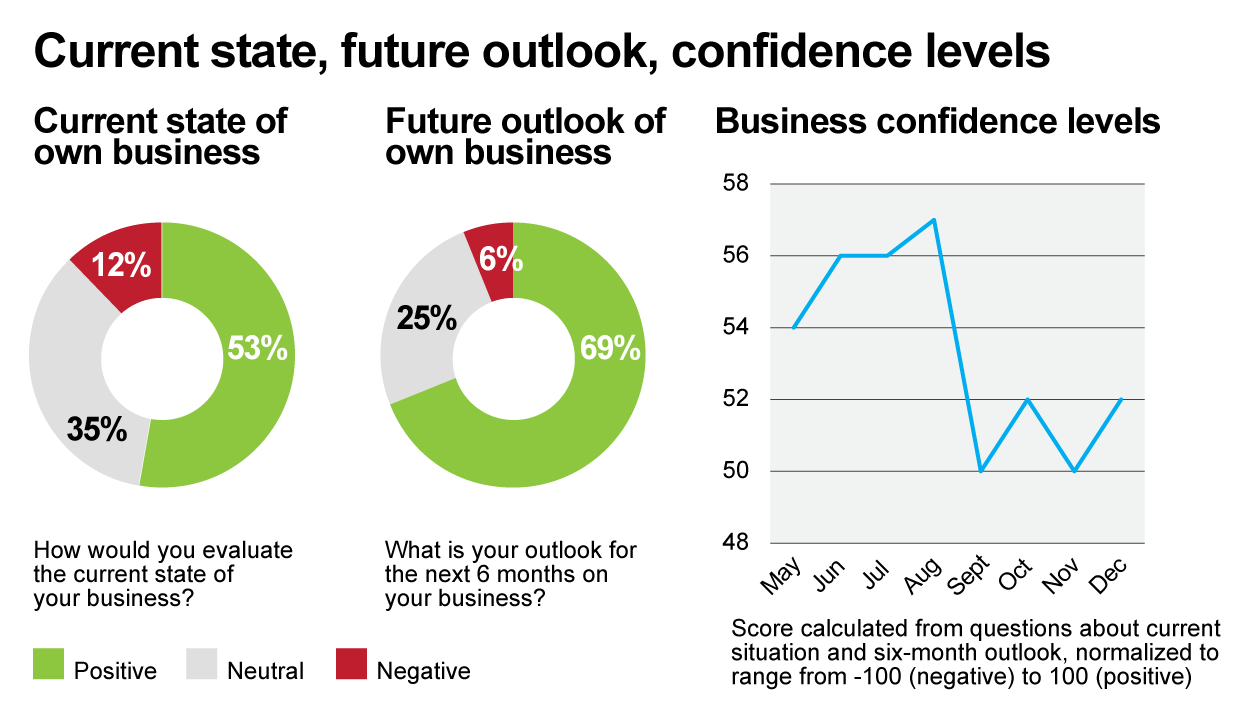 And Irish businesses are also more positive about the economic outlook. 69 percent saying they are positive compared with 58 percent across Europe and 66 percent in the UK.

“Spain and Italy show a less positive outlook, while Ireland shows a very positive outlook. These trends reflect in large part the state of each economy and, in particular, the divergent post euro-crisis recovery in Italy and Spain compared to Ireland,” the report says.

When it comes to job-creation, however, Irish growth expectations lag with their European peers. While 17 percent of Irish SMEs said they created jobs in the last six months, compared with 16 percent in Europe, more European companies (26 percent ) say they want to create jobs in the next six months than Irish companies (24 percent).

The most common uses of online tools were advertising to potential new customers (75per cent); showing products/services (75per cent), and providing information (65 percent).