Open Offices: Is it the end of an era?

Over the past decade, open offices have dominated workplace design. It has become the norm for the majority of companies in an effort to establish a more inclusive and cost-effective workplace, with some suggesting that it also boosts interaction and collaboration amongst teams.

A recent study carried out by Stegmeier presents a very strong case against why open office spaces aren’t a good idea.

Stegmeier team’s analysis reveals that audible distractions are the top concerns for employees, causing them to shut down direct communication and turning to impersonal communication channels like emails or instant messaging apps in order to obtain some privacy. This results in the reduction of personal interaction and diminishes collaboration efforts. Defeating the overall purpose of this workplace design. 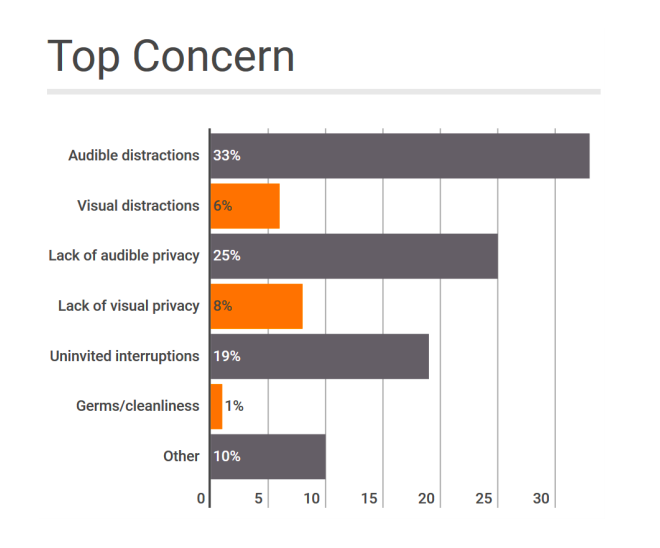 This isn’t the first we have heard about the backlash against the open office set up. The trend “is destroying the workplace,” declares a 2015 Washington Post headline.

A quick google search will throw up hundreds of similar articles written over the past few years which describe the open office as been, full of distractions with one article from Bloomberg   describing distractions as  “being forced to listen to phone calls about the veterinary issues of your co-workers’ cats.”

So could this spell the end of an era for open offices?

Many companies tend to opt for open offices as they tend to cost less per square foot. But companies need to take note that in some cases, poorly designed workspaces can result in the decrease of conversation due to the lack of privacy. Studies have also shown that overhearing colleagues phone conversations and general “office” noise can reduce your attention span. Which can lead to poor productivity and de-motivated employees.

All is not lost! Carefully planning out your office design and taking into consideration space for collaboration and privacy can boost employee engagement. The idea is to create a space that is open but also one that allows people not to be constantly interrupted. Some ideas include:

If providing spaces for privacy isn’t an option you could implement ideas like: Allowing employees to take coffee breaks together or providing a larger table in the canteen that will fit more employees to encourage group conversations.